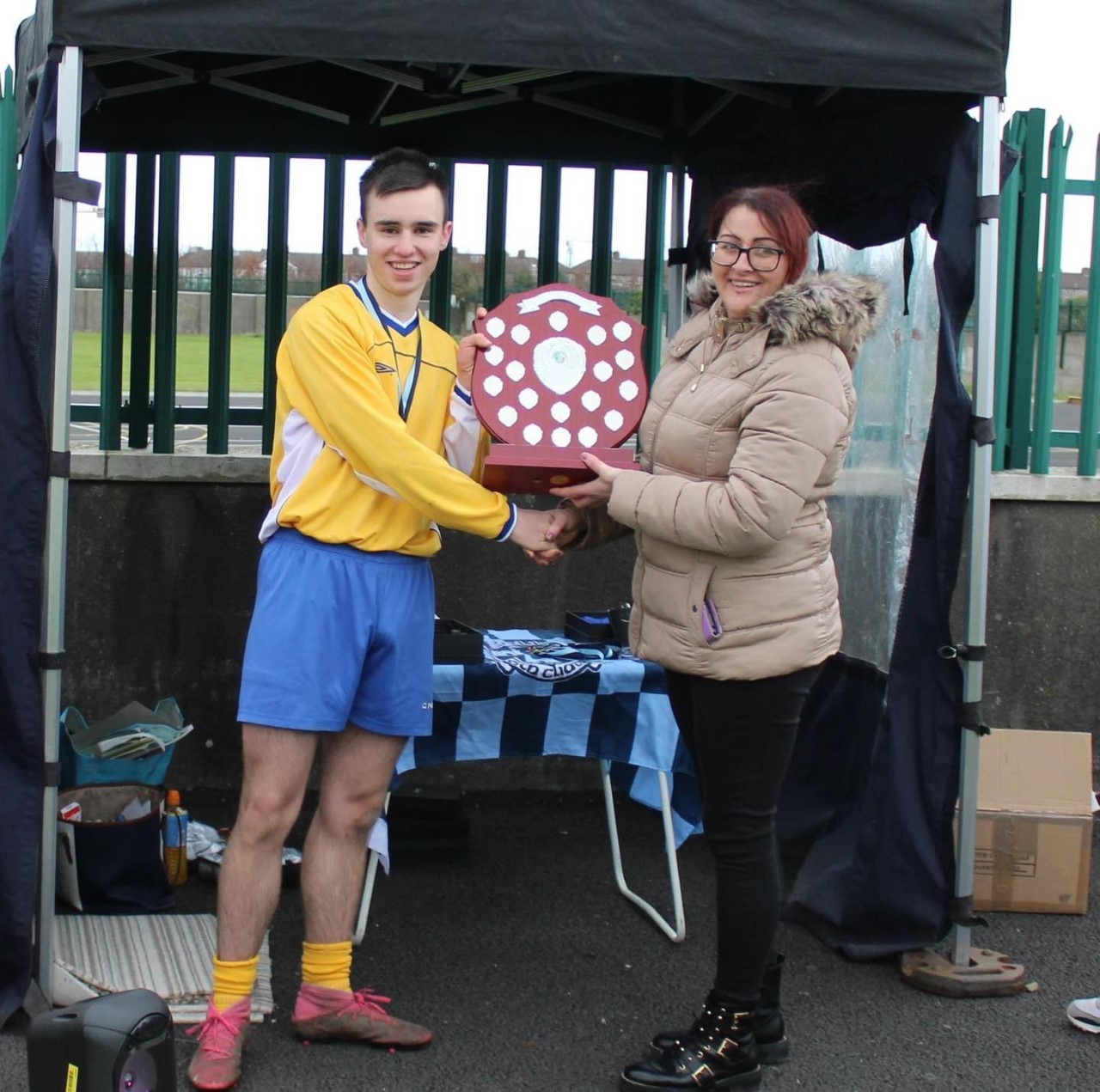 Adult GAA Rounders has seen significant growth in Dublin over the past three years. When Kevins affiliated in late 2019 they became the third Dublin Rounders club along with established clubs Limekiln and Na Fianna. Little Lambs and St Finians entered the fold in 2020 and Scoil Ui Chonail, Dublin Metropolitans and St Maurs in 2021. The newest club, set up in time to enter the 2022 intermediate men’s championship, is called The Dotsys and brings us to nine clubs.

Six of the Dublin clubs agreed to hold a winter league in Oct 2021. 15 group games were played between October 2021 and March 2022. Some games were played on Friday nights under lights and some on Saturday and Sunday afternoons. The weather was mostly kind to the league with an odd storm warning and a couple of postponements due to waterlogged pitches. The first group game was Na Fianna V Limekiln and it finished 32-25 with both teams batting all 5 innings. This was the closest any team got to beating champions Limekiln in the league. The Na Fianna V Kevins game was even closer at 11-10 to Kevins. Limekiln topped the group winning all 5 games, Kevins had 4 wins and St Finians, Dublin Mets, and Na Fianna each had 2 wins. Newest club St Maurs while they did not get a win had St Finians on the robes after 3 innings and gained a lot of match practice ahead of their first competitive season in Junior Mixed. They were also without doubt the best host club of the league with the games under lights on their all-weather pitch followed by tea, homemade cakes, and chats by the fire in their clubhouse bar on Friday nights.

The finals day was held on Saturday 12th March and the main A final was the first game with hosts Kevins taking on Limekiln in a 5 innings game. Paul McDonnell sang Amhrán na bhFiann to open the match, having answered a call out on the BAC GAA Scór facebook page. Limekiln’s captain Calum won the toss and opted to field first and had a strong first innings. Catcher Ciaran caught the second batter’s foul ball, followed by Niamh getting the first batter tagged at 2nd base when the third batter’s ball landed in her area. Merelin and Wayne of Kevin’s each scored before the sixth batter fouled his 3rd ball and became the third out. Kevins left-outfielder Jack took a great catch, Katie got a tag at second base and shortstop Aidan got the third out but only after 8 Limekiln runs. There were some excellent plays by Kevins both in the field and at batting throughout the game and some positional changes in the third yielded returns in the fourth when they held Limekiln scoreless for their last innings to bat, but just not enough to come back into it. The player of the match was James Byrne of Limekiln for near-perfect pitching and strong batting. Gold and silver medals and the Richie Costello shield were presented by Richie’s sister and former GAA Rounders All Star, Elaine Costello.  Innings scores: 2-8, 1-6, 1-6, 4-0, 2-* Final score Kevins 10, Limeklin 20.

The second game to pitch in was the C final between 5th and 6th placed teams Na Fianna and St Maurs. The game was a 3 innings match and Na Fianna won 9-3. The referee awarded the player of the match to Mairead Varley of Na Fianna for the impact she had on the game at shortstop. Ronan Gately scored the only homerun of the day as there were none in the other two games. The last game was played in horrific weather conditions and was the B final of 3rd place St Finians V 4th place Dublin Metropolitans. This was a close encounter with St Finians taking the win with the smallest of margins, 11-10 after the 3 innings game. Shortstop Laura for the Mets caught a batter’s hit in the first innings earning her the referee’s pick for player of the match. Christy Hughes was umpire on second base and decided that the winning team should also have a player of the match and he awarded this to Joanne Kearney of St Finians for her great strike to the right outfield in the third innings under intense pressure given there were already 2 outs and Finians were behind by 2 runs. She got two runners home and herself to second base ensuring a minimum of a draw and that Mets would be batting the 3rd.

. Thank you to all players, coaches, referees, linesmen for their efforts to make the inaugural one such a success. Thanks also to Kieran Bergin sports for the sponsorship of match day sliotars. The league and the finals day will hopefully be an annual event that can grow as more clubs become involved. We are looking forward to welcoming the newest Dublin club even if there’s potential for confusion with Kevin from the Dotsys V Daithi from Kevins!! Best of luck to all in the upcoming All Ireland Rounders season.