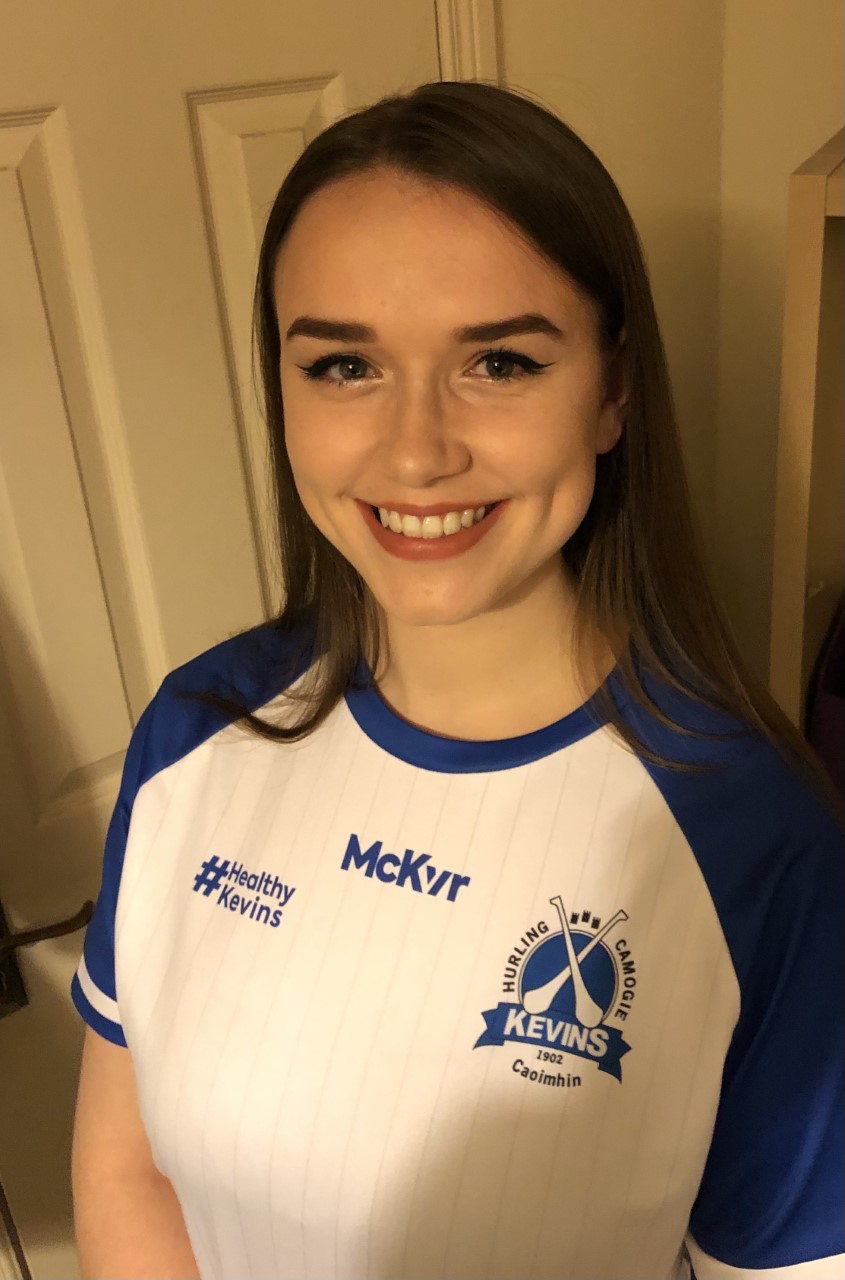 Where are you from? Castlebar, Co. Mayo.

When and how did you first get involved with Kevin’s? Can you remember your first experience? I had wanted to get back playing Rounders for a few years, but with no clubs nearby, I had given up hope. When I spotted a new club on the list of Dublin teams, I was only delighted to learn that it was a social team (so it didn’t matter that I hadn’t picked up a bat in 10 years!). I remember the first time I showed up to what I thought was a friendly game… and it was actually the first game of the league. It didn’t matter that I was a little rusty because Na Fianna were very supportive and guided us through the game. We only ended up losing by one run – not bad for a team who had never played together before!

An interesting fact about yourself (or one that people are not likely to believe): I’m a singer. I was in numerous competitions and productions as a child and was even part of a band for a few years.

Do you play other sports? No, I haven’t played any sports since school. I played a lot of sports as a child, but only ever stuck with Gaelic Football and Rounders. Rounders was (and still is) my ultimate favourite sport.

Biggest sporting achievement to date: I won ‘most dedicated player’ while playing for Castlebar Mitchells Ladies GAA when in secondary school, but I think playing Rounders in the All-Ireland community games (U13 and U15) definitely feels like my biggest achievement – in true Mayo fashion though, we only ever came second!

Biggest influence on your “career”: I would say my Rounders coaches in Castlebar. It was my Gaelic coach in St Angela’s primary school, Helen, who got me involved in Rounders, and from the second I started playing, I knew I had found my sport. Helen, along with our other coaches Paula and Hoppy were (and still are!) so talented, it was such a joy to watch and learn from them. They really made our team feel like such a family. Anyone who can keep me interested in a sport for that long deserves a medal.

What position do you play/ What’s your favourite position? I played almost every position throughout my years with Castlebar Rounders – back-catcher, bowler (or as the Dubs call it: “pitcher” 😉), infield, 1st base and finally settled on 3rd base. It’s definitely my favourite position to play.

Club honours: None yet, but I’m optimistic about the future.

What do you enjoy most about your involvement in the club? That it’s sociable and not too competitive. I’m so happy to see Rounders being promoted and interest in the sport growing. It’s such a great team sport that absolutely anyone can play. Biggest Club Legend: I’m not in the club long enough.

Most dedicated club player: When it comes to social Rounders, that would definitely be Dáithí. There wouldn’t be a team without him! It’s obvious that he’s not just dedicated to the club, but also to promoting Rounders as a social sport in clubs all over Dublin.

Biggest messer on the team: That would have to be Rob – he’s always ready to crack a joke and keeps us (and often the opposition too) entertained.

Best night out with the club: We have only had one chance for pints so far (thanks covid…), so it would have to be our outdoor and socially distanced pints after our last game in 2020.

Who has the last word before a game? Dáithí with his words of encouragement.

Favourite opposition club player: Honestly, I have enjoyed playing against every club this year. Us being novices, every team and referee has helped us along so much, explaining rules and offering advice on how we could do better. There really is a sense of community amongst Rounders teams.

Toughest player to play against: I’ll pass on that as we only got to play 4 games this season which was my first in 10 years.

Favourite opposition pitch: It’s a toss-up between Tymon Park and Ballinagore where I played my only 2 away games in the last 10 years.

Best, or favourite game you have ever played in: Our first and last win of 2020! We really came on leaps and bounds as a team this year.

Favourite Quote: “Don’t look back, you’re not going that way.” It’s definitely cheesy, but I think it’s really important to focus on the future and not the past.