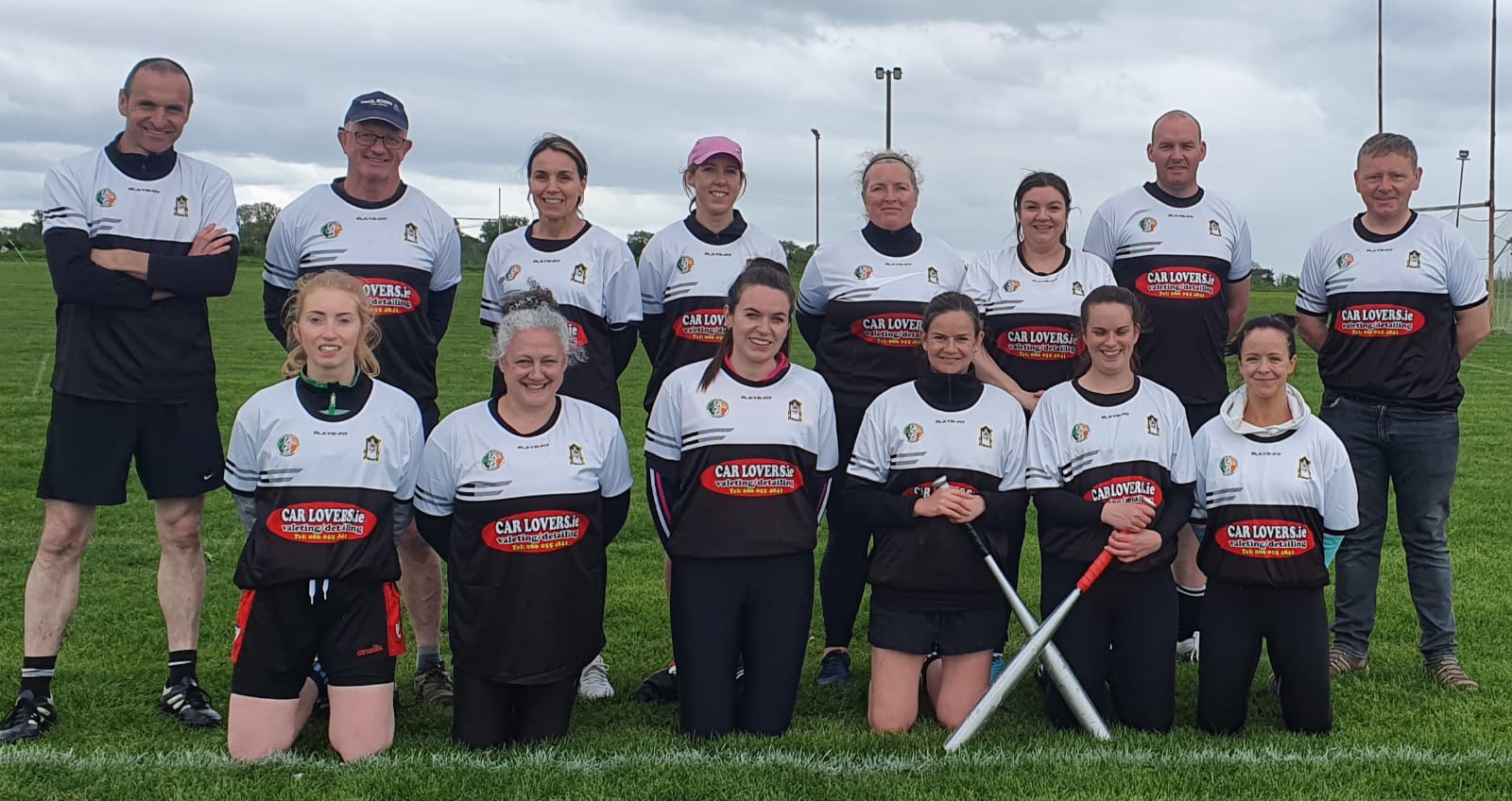 The Derry side took an early and convincing lead. They got 3 outs from the first 3 batters in the first innings with a catch from the pitcher, the catcher, and the shortstop. Fielding was strong from both sides and scores from the first 3 innings were 1-0, 6-3, 4-2. St Trea then had a strong 9-run 4th innings so it was 20-5 at the bottom of the 4th but Dunderry didn't drop their heads! They had a purple patch 4th inning themselves scoring 14 and bringing it back to within 1 run going into the 5th. The St Trea team scored 4 in the fifth and it looked to be enough when Dunderry's first batter's ball was caught by the catcher. Their 4th batter's ball was caught in centre outfield but it got 2 runners in. Dunderry 3 more runs for a draw or four for the win now and St Trea only needed 1 more out. 7 more batters were called and 3 more runs to bring the game level before the final out which was a catch in cof. Mick from Dunderry ran from 3rd base and got there a second or less before the ball reached the catcher's hand scoring the 25th and winning run for Dunderry.

25-24 the final score in what was a very entertaining game to watch (and referee).

4 great catches from John Bradley in backstop for St Trea, top scorer of the game with 6 runs was Anna Bradley of St Trea. David for Dunderry had a super hit to centre outfield and also a great catch in cof.