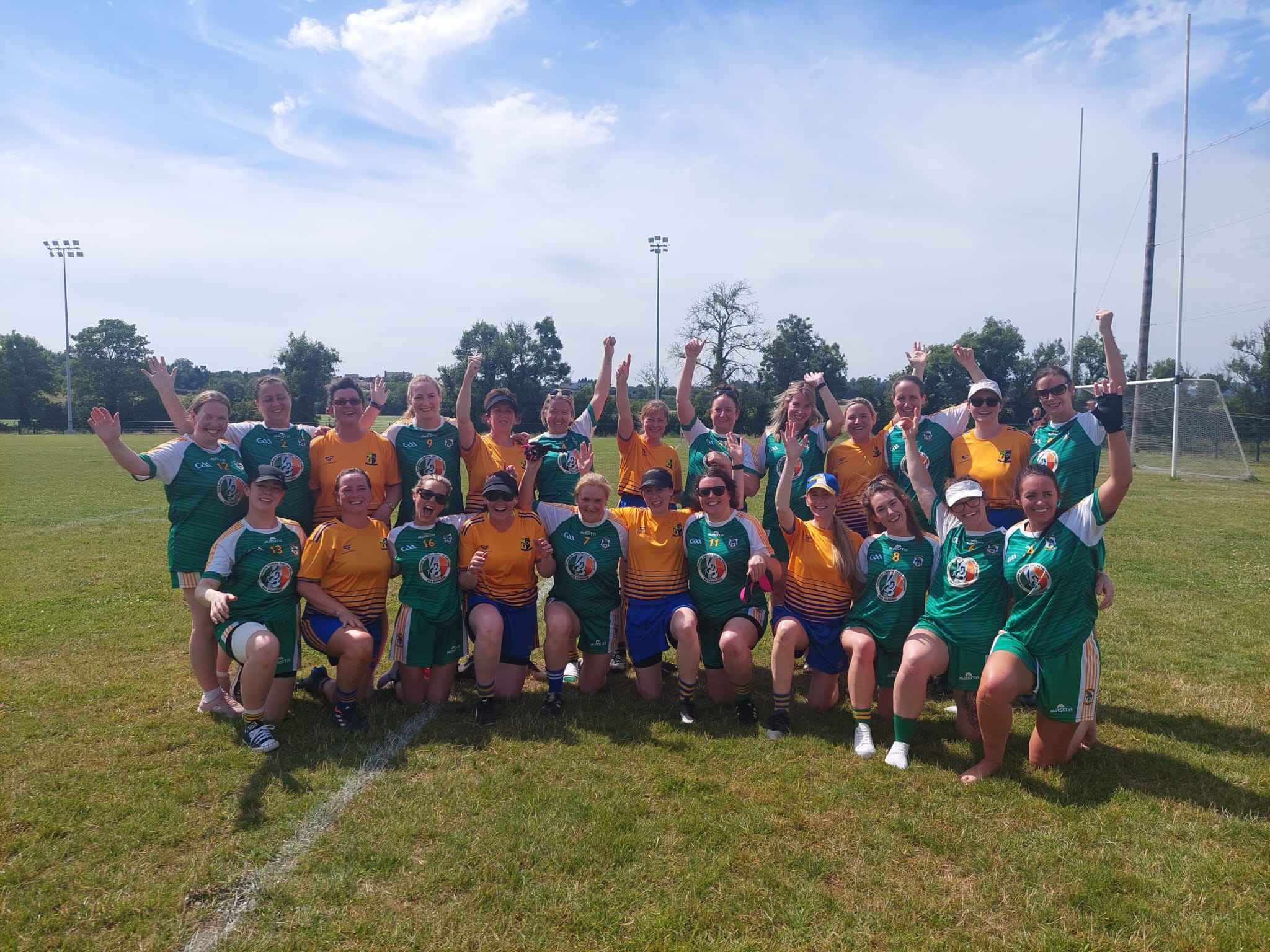 Today's Group A fixture in Junior ladies was an all-Monaghan affair with Carrick Emmets hosting Drumhowan. Possibly the first ever all Monaghan GAA Rounders ladies' competitive fixture but first of many with the Junior féile day only weeks away where hopefully many novice teams from the host county will enter teams.

Today's game was also a crucial one for both teams in group A, both hoping for a chance to reach the semifinals of Junior Ladies in their first year playing championship.

Carrick's captain Laura won the toss and opted to field first. 8 Drumhowan batters were called, 2 outs at 3rd base and one catch from Michelle in backstop, 3 runs scored. Carrick had 9 batters called, Marie on 1st base caught the 3rd batter's ball, the 7th batter was tagged on the line at 2nd and Claire in backstop caught the 9th batter's ball. 4 runs scored so a very competitive start to the game.

Carrick had an even stronger 2nd inning, letting no runner past 2nd base. The 1st and 3rd runners were tagged at 2nd by Aisling G with SS assists and Laura caught the 5th batter's ball. Drumhowan started the 2nd well with two in a row for the catcher on the 3rd & 4th batters before runs were scored but then 12 more batters were called on Carrick's last life and a 3rd ball was fouled. 10 runs scored for Carrick, a huge confidence boost. Some very strong batting with batters getting 2 and 3 bases on their own hit.

In the 3rd inning, Drumhowan scored 4 from 9 batters. Bernie on third base for Carrick took all 3 outs with assists from SS, the pitcher and outfield.  Carrick had 6 called, the first batter fouled, and two were out at 3rd base, 1 run scored.

The 4th was another perfect innings for Carrick, with 3 outs from 3. A catch in SS, a tag at homebase and a tag at 1st. Drumhowan also had a flawless 4th inning, catcher catch, a tag at 2nd and a catch for Jacqueline in SS.

Going in to bat the 5th, Drumhowan needed 8 runs for Carrick to bat their last but only 6 batters were called. There was a tag at 1st for batter 1 & 5 and the shortstop caught the 6th batter's ball to end the game with one run scored.

The player of the match for the referee was Kim Thornton of Carrick. 4 runs scored, some big hits getting others around bases, never put out and very solid hands at 1st base taking 2 outs in the 5th.

Other players of note, Lorraine O'D for Drumhowan, giving only one walk-on as pitcher in 4 innings and fouling two batters. Claire in Backstop for Drumhowan catching 4, Bernie at 3rd base and Laura in Shortstop for Carrick. Great play from all.

Player of the opposition award from Drumhowan was Carrick's captain Laura winning her the honey jar this game. The sweetest team in rounders gave the ref a jar of honey.

Congrats to Carrick, they've won 3 from 3 and have only one group game remaining and have secured their place in the Junior Ladies All Ireland Semi Final on Sunday 28th August. Hope everyone is back from their honeymoons by then...